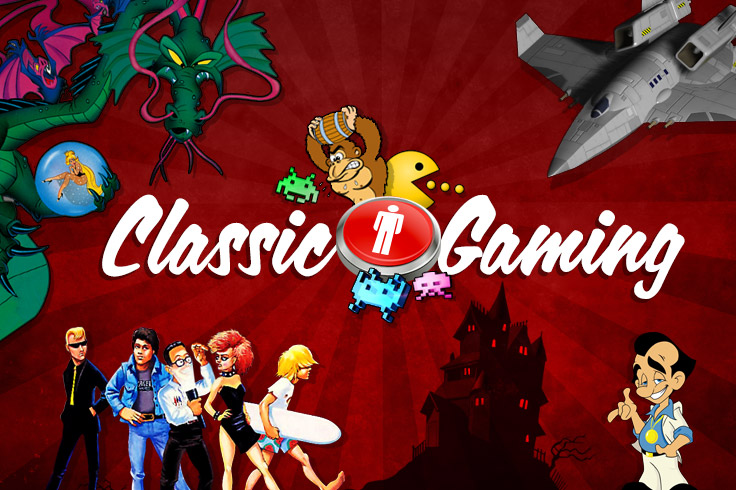 This website is dedicated to classic video games of the past. Games, like film, TV, and literature before them, are commercialized art and products of our culture. Gaming, once small sector in the entertainment field, is now a billion dollar industry. The largest titles make money that Hollywood films could only dream of making, and the biggest players in the industry run multibillion-dollar multinational operations that employ thousands of people.

This website is resource for individual games. Each game has it's own site design and style, and features resources, strategies and technical information for the games. Some sites contain fan material and cultural influences.

There are two sections of this site. One section, called Classics Reunited, is dedicated to classic arcade games like Pac-man, Donkey Kong, Asteroids and Space Invaders. These are the game machines that existed in arcades which were extremely popular in the 80s.

The other site is called Old School Gaming and is dedicated to abandonware and old computer games. Abandonware is software that is no longer being sold or supported by its publisher. Most abandonware is still considered illegal unless the publisher has re-released the software as freeware.

U.S. copyright laws state that copyrights owned by corporations are valid for 75 years from the date the software was first published. So the current availability of a product is irrelevant to its copyrighted status. Unlike trademarks, copyrights are not considered abandoned if they are no longer enforced. Copyrights do not enter the public domain just because they are no longer commercially exploited or widely available.

This website does NOT offer copyrighted software. If you feel this website is in violation of those laws, please contact us and we will remove the illegal material immediately. If you are a site user, please do not contact us with regard to obtaining illegal software (your queries will be ignored).

As stated, we do not agree with current software copyright laws. Most companies, after a number of years, stop producing and distributing certain software. As time goes on, the software is no longer sold in stores or distributed to software outlets (and eventually, even auction sites no longer have the software available). At such time, we believe the game should be declared "abandoned." If the software company does not care to offer the software for sale, the consumers deserve the right to download the software. The company doesn't lose/gain any money from this.

We believe that after about 10 years, software becomes obsolete. Old software is replaced by new software, and the old software is no longer produced/sold. Most software over 10 years old cannot even run on newer systems (without an emulator or revised program). This software eventually fades out of existence (as it isnt sold, not can it run on current computers). Without abandware websites, these pieces of software would be lost forever. Abandonware sites keep these pieces of software alive!

We believe that "abandoned" software should be made available to the public, for either nostalgic purposes (entertainment), or for source code information (educational). In additon, we are of the belief that the current copyright laws should be modified when it pertains to software over 10-15 years old (at such a time, the software is said to be obsolete and usually is no longer sold).